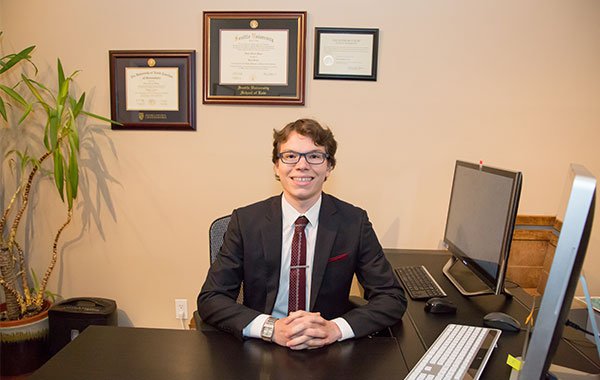 James graduated from Seattle University School of Law in 2017 with a Juris Doctor. As a student, he served on the 1L Leadership Board of the Future Prosecutors for Social Justice, participated in the King County Youth 180 Diversion Program, and taught law to high school students in Seattle, Washington through the Street Law program.

James is admitted to practice law in the State of Washington.

During Law School, James took courses ranging from Indian law to Bankruptcy, Admiralty, and Federal Securities Regulations. James gained externship experience as a judicial clerk to the Pierce County Superior Court during the summer of 2014, and under in-house counsel at Redfin during the summer of 2015. During his 3L year, James worked as a Rule 9 Licensed Legal Intern at a Personal Injury firm in Seattle, Washington, where he worked closely under five attorneys writing motions, letters to opposing counsel, and working with mediation, and settlements. This work gave James passion for zealous advocacy and demonstrated the importance of profound client relations. James proudly offers pro bono assistance to asylum-seekers through the Northwest Immigrant Rights Project. In addition to seeking a career in Immigration law, James has experience in Family Law and Personal Injury law.

James brings his love of culture and language directly to his clients. He speaks French and can communicate at an intermediate level in Mandarin Chinese.